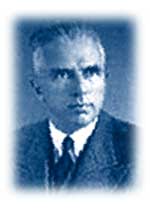 Entrepreneur Jaak Puhk, originally from Viljandi, has played an important role in Estonian history. Jaak Puhk rose to prominence as a windmill owner, grain merchant and industrialist. In addition to his Estonian businesses, he was also involved with forestry and woodworking enterprises in Riga at the beginning of the 20th century.

Jaak Puhk owned a number of businesses; in addition, he was a supporter of the Republic of Estonia. For example, the Puhk family bought the young republic its embassies in London and Berlin. The Puhk family supported the Estonian Government, later participating in public procurements.

The most well-known company owned by the Puhk family was the public limited company Kaubamaja J. Puhk & Pojad, in which Jaak and his five sons were equal shareholders. In 1923 the Puhk family acquired a majority holding in metals processor Ilmarine, and in 1924 they built a large mill near the Port of Tallinn. In 1927 the mill was augmented with a 45 m grain elevator, which occupied a prominent place in the grand silhouette of Tallinn. In 1929 they started an automotive business, representing Chevrolet and other American and English car brands, and they were the sole representative of Dunlop tires. During the Soviet occupation the Puhk family’s businesses were requisitioned and three of his five sons died in Russian prisons.

In 1934 Puhk’s second oldest son, Eduard, went to Finland, where he built a mill in Helsinki which he named the Helsingin Mylly. Eduard died in 1943 after which Puhk’s son Jüri, who had learned the trade of a miller in Germany, took over ownership and operation of the business. Jüri managed the mill for nearly 40 years. In 1991 a new mill was built in Järvenpää, near Helsinki, which was the most modern in Finland at the time.

In 1993, following the restoration of Estonian independence, Balti Veski AS was founded in Estonia. At first the company was located in Saku. A plot along with buildings was purchased in 1997 in the settlement of Jüri. In 2010 the Jüri factory underwent renovation and a new warehouse was built.

The initial plan was to sell only Helsinki mill products via Balti Veski, but over time the importance of commerce began to increase. Today the mill operates under the Veski Mati trade mark, offering the largest assortment of dry goods in Estonia.